Amazon’s UK 100 Books to Read in a Lifetime list 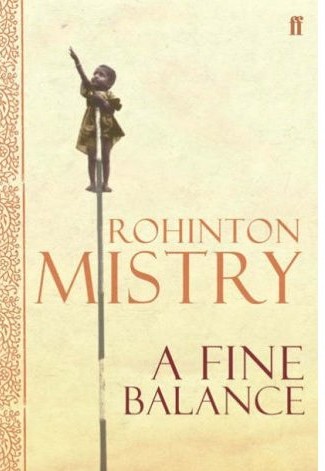 Lists are generally worth about as much as surveys; the trick to divining their value invariably lays in finding out what questions where asked and who answered them.

Nevertheless I remain a sucker for lists, whatever their provenance, and that includes Amazon’s new UK version of its 100 Books to Read in a Lifetime, a wide-ranging reading list that manages to include The Tiger Who Came to Tea, Trainspotting and To Kill a Mockingbird.

Although it’s somewhat opaque in its ‘compiled by the Amazon Book Editors’ descriptor, it arrives just as I’m trying to work out what to read next having made one too many unwise-in-retrospect second-hand book choices. (It’s also, as usual, a chance to cross off the ones I’ve read – but that’s what lists are for … right?)

The Man Who Mistook His Wife for His Hat by Oliver Sacks
The Hare with the Amber Eyes by Edmund de Waal
by Haruki Murakami
Tinker, Tailor, Soldier, Spy by John le Carre
by Iain Banks
Midnight’s Children by Salman Rushdie
Oranges Are Not The Only Fruit by Jeanette Winterson
The Commitments by Roddy Doyle
Schindler’s Ark by Thomas Keneally
Knots and Crosses by Ian Rankin

by JRR Tolkien
American Gods by Neil Gaiman
The Handmaid’s Tale by Margaret Atwood
The Stand by Stephen King
by HG Wells
by Terry Pratchett
Watchmen by Alan Moore and Dave Gibbons
by Douglas Adams
Do Androids Dream of Electric Sheep? by Philip K Dick
A Game of Thrones by George RR Martin

Freakonomics by Steven D Levitt
A Brief History of Time by Stephen Hawkins
Long Walk to Freedom by Nelson Mandela
Wild Swans by Jung Chang
London: The Biography by Peter Ackroyd
Venice by Jan Morris
by Bill Bryson
The Selfish Gene by Richard Dawkins
A History of the World in 100 Objects by Neil Macgregor
Bad Science by Ben Goldacre

This entry was posted in Books and tagged 100 books to read in a lifetime, Amazon, classic books, reading lists. Bookmark the permalink.