The death of Dev Anand, reported just a few hours ago, is sure to dominate this morning’s Love Bollywood, which I shall shortly put on and listen to while getting breakfast for the family.

Introducing Channel 4’s screening of Guide last month Anand had more spark and vitality than should be expected of an 88 year old.

Perhaps it was the twinkle in his eye as he recounted the background to the 1965 film in which he starred alongside Waheeda Rehman, or maybe it was just the relentless desire to continue working until the end (Chargesheet, his latest film, was released in September). END_OF_DOCUMENT_TOKEN_TO_BE_REPLACED 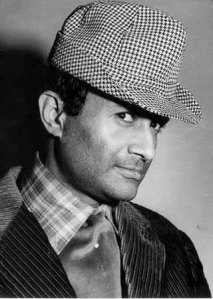 Baazi was the directorial debut of Guru Dutt, subsequently himself a noted actor, and stars Anand as a small-time gambler who struggles to make ends meet.

His sister has TB and is in the care of his sweetheart, Dr Rajni (Kalpana Kartik, whom Anand later married). END_OF_DOCUMENT_TOKEN_TO_BE_REPLACED

Indian cinema has again returned to UK television as Channel Four kicks off another season of Bollywood films.

For the last 28 years the channel has provided a masala mix of Indian films from Mumbai and beyond. This time around it’s a 12 film season focused on early Bollywood classics.

It kicked off last week with the first two films, but before that the scene was set with The Golden Years of Indian Cinema, a 75-minute special from Movie Mahal, the Indian cinema series from the late 1980s. END_OF_DOCUMENT_TOKEN_TO_BE_REPLACED