Channel 4 has unveiled details of its first Indian film season for 2017 and this time around it’s all about the region’s music.

The season kicks off with Tuning 2 You, a six-part look at Indian folk music, and that’s followed by films on Ravi Shankar, Zakir Hussain and a collaboration between Wynton Marsalis and a group Pakistani musicians. END_OF_DOCUMENT_TOKEN_TO_BE_REPLACED 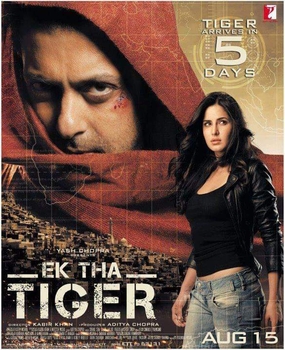 Assuming I remember to record it – certainly not a given if past years are anything to go by – I’ll finally get to see Delhi 6, whose songs were playing when I first started listening to Raj & Pablo. END_OF_DOCUMENT_TOKEN_TO_BE_REPLACED

Channel 4’s autumn Indian film season kicks off in the early hours of tomorrow morning and its recent trend to look further than the Mumbai film industry continues.

It begins, unusually, with a documentary in Bengali – though made by Polish director Andrzej Fidyk – about a mobile cinema run by Mr Battu and his two assistants.

Battu’s Bioscope (1998) is the first in a seven-strong run of documentaries about the many faces of India’s obsession with cinema titled Cinema On Cinema and will be followed later next month a quintet of Bollywood feature films. END_OF_DOCUMENT_TOKEN_TO_BE_REPLACED Director Anup Singh’s tale – told in Punjabi with English subtitles – tells the story of Umber Singh (Irrfan Khan), a Sikh forced, with his wife and three daughters, to flee his village in the new state of Pakistan.  END_OF_DOCUMENT_TOKEN_TO_BE_REPLACED

It looks like Chanel 4 will end this Autumn’s Indian film season with The Square Circle (Daaryaa).

The 1996 drama is set on the north-eastern coast of India and tells the story of a transvestite and an abducted girl who find friendship.

The abducted girl (Sonali Kulkarni) suffers terrible violence at the hands of a group of men she encounters. But, escaping them, she finds refuge with a transvestite (Nirmal Pandey). END_OF_DOCUMENT_TOKEN_TO_BE_REPLACED Watching the beautifully shot, measured and thoughtful With You, Without You recently was very enjoyable.

But, as much as I enjoy the less-travelled roads of South Asian cinema, I do sometimes wish Channel 4 would show more of the films that get a mention on Love Bollywood on a Saturday morning.

So I’m particularly looking forward to the next instalment of Channel 4’s current Autumn Bollywood season, which will feature Sridevi in English Vinglish, Yeh Jawaani Hai Deewani with Ranbir Kapoor and Deepika Padukone and two other interesting-sounding recent films. END_OF_DOCUMENT_TOKEN_TO_BE_REPLACED

Continuing Channel 4’s mini-season of Marathi films will be Kaksparsh – from established director-actor Mahesh Manjrekar (who played a gangster in Slumdog Millionaire) – and Ha Bharat Maza.

Set in Konkan in the 1930s, Kaksparsh (The Crow’s Touch) explores themes of sacrifice and morality within a Brahmin family.  END_OF_DOCUMENT_TOKEN_TO_BE_REPLACED

The next set of Indian films on Channel 4 prove that diversity remains the watch-word of their programming team, with offerings that range from a slacker ‘bromance’ comedy to a Kolkata-shot Hindi film from Bengali director Goutam Ghose to a mini-series of Marathi films.

First up, that ‘bromance’. Sulemani Keeda (street slang for ‘pain in the arse’) is a quirky comedy-drama from writer-director Amit Masurkar’s. The 2013 film fits the new trend in Indian cinema towards movies with more realistic stories, dialogue and settings, that eschew top star names. END_OF_DOCUMENT_TOKEN_TO_BE_REPLACED The 2012 film is based on the intellectual proposition that questioned: As the planks of Theseus’ ship needed repair, so they were replaced one by one, until not a single original part remained – so was it then still the same ship? END_OF_DOCUMENT_TOKEN_TO_BE_REPLACED

And so Channel 4’s autumn season of Indian films will shortly come to end, but it does so in style with a double-bill combining a documentary on legendary playback singer Lata Mangeshkar and a rare showing of the 1972 film Pakeezah.

Lata In Her Own Voice sees the singer, whose voice has appeared in films for more than six decades, talk about her life and work. (Trivia fans: this version of the documentary is distilled from a six-part series of the same name, originally shown on Channel 4 in 1990.)

Following straight on from the documentary will be a showing of the Meena Kumari starring Pakeezah. The film features Kumari as both a courtesan/ dancer rejected by her lover’s traditional family and then also her duaghter. END_OF_DOCUMENT_TOKEN_TO_BE_REPLACED

A Tangle Of Wires
Blog at WordPress.com.